Verity! Episode 12 – The Incredible Journey to the Centre of the TARDIS 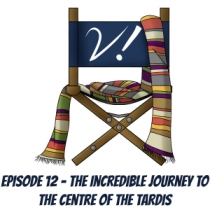 Not since “Invasion of Time” have we seen so much of the TARDIS interior. What did Deb, Erika, Kat, and Lynne think of it? Join us as we discuss tantalizing glimpses, underdeveloped characters, literal reset buttons, what dresses really mean, and where Kamelion puts his fingers.

Comments on: "Verity! Episode 12 – The Incredible Journey to the Centre of the TARDIS" (39)