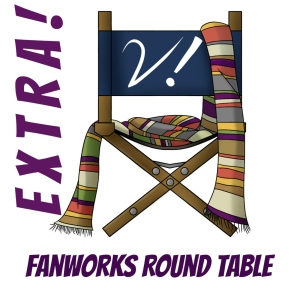 We’re taking a quick break from our year of companions to provide you with a discussion (and explanation of) fanworks. Join Deb, Erika, Katrina, Liz, and guests Anna Livingston (of A Teaspoon And An Open Mind), and Janita Burgess (of the Organization for Transformative Works), as we discuss what fanworks are, what they mean, how they’ve evolved, where to find them, and much more!

Have you created some fanworks and want to share? Please do so in the comments! Have some favorites you’d like to point us to, be sure to let us know! And we welcome your thoughts on fanworks in general.

Ep 67 – The First Ladies of Doctor Who

Gallifrey One! Where to find us