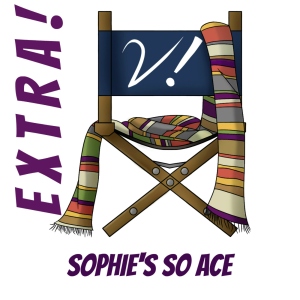 For this week’s Extra! we had the opportunity to talk to the delightful Sophie Aldred, and we couldn’t make you wait for that–especially because her Kickstarter for Strangeness in Space still has a few days to go. Do check it out if you’re a fan of sci-fi, comedy, and/or audio goodness! She chats to Deb about that fantastic project, her time as Ace (both on screen and in Big Finish), and what it’s like attending conventions and interacting with fans. It’s a wonderful conversation, and we hope you enjoy it as much as we have!