Ep 88 – Trials of the Witch’s Familiar 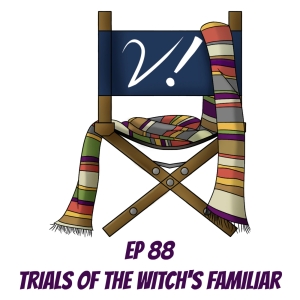 It’s an Erika-less Verity!, but there’s more than enough excitement to make up for it. Join Deb, Liz, and Lynne as they dig deep into everything Clara, Davros, Missy, Doctor, Daleks, and more! There are crack theories, lots of squee, and many astute observations about the second installment of series 9.

What did you think about this one? Did Steven Moffat close things off nicely? Or…not? Let us know in the comments!

Bonus links:
Liz’s thoughts on “The Magician’s Apprentice”
Erika on the TeeVee podcast about “The Witch’s Familiar”
Our Verity! Tumblr