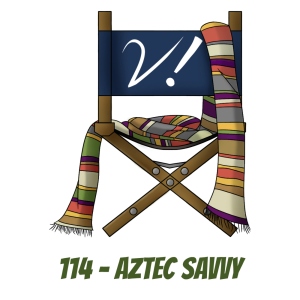 It’s a sangria-fueled classic-Who-episode of Verity! Join Deb, Erika, and Katrina as we cover a pure historical, “The Aztecs”. As usual, we don’t all fall in line with received fan wisdom, but for a change, the majority of us do.

Are you a fan of “The Aztecs”? Or are you bored by the lack of sci-fi elements? Let us know in the comments!

Bonus links:
Lazy Doctor Who covers “The Aztecs”
Doctor Who: The Writers’ Room