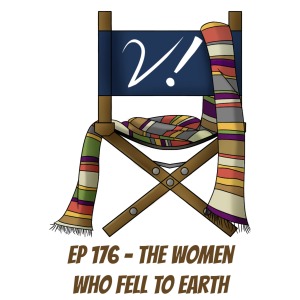 IT’S FINALLY HERE! NEW DOCTOR WHO! Join Deb, Erika, Katrina, and Lynne as we gush over the new Doctor and pick apart this first episode. We’re quite pleased overall, but as always, there are some serious issues worth discussing, and discuss them we do!

How are you feeling about the new Doctor, the new “fam”, the new showrunner, the questionable narrative choice(s), the secret pigeon, the term “comfrienion”, and everything else? Let us know in the comments!

Extra! – Liz in the Hot Seat