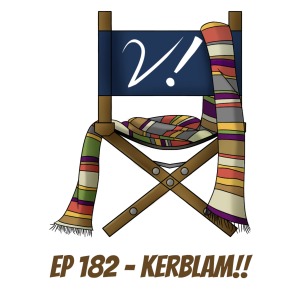 It’s a very special episode of Verity! Why? Not just because today’s Doctor Who episode has an exclamation point just like we do — it’s also because we have three Verities in the same room to do a hot-take style review! Join Deb, Erika, and Katrina as we give our pretty much immediate reactions to this week’s episode.

What did you think of “Kerblam!”? Let us know in the comments!

Ep 181 – Angels and Demons of the Punjab