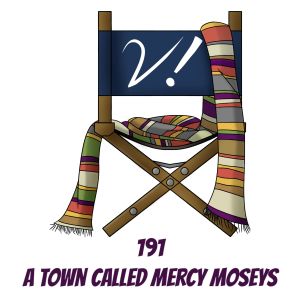 We’re back to series 7A! Join Deb, Erika, Katrina, and Lynne as we try to stay awake and chat about “A Town Called Mercy”. Are we tired because this story moves a bit slowly? No. But that didn’t help.

What do you think about this story? Let us know in the comments!

Jennifer Adams Kelly, we miss you
Support Verity! on Patreon