Episode 235 – In the Heat of The Night of the Doctor 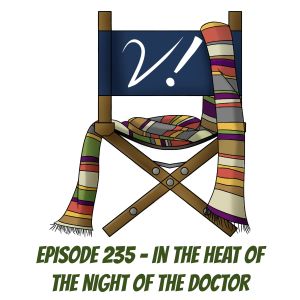 We needed something with very little prep for this week’s episode. Join Erika, Lizbeth, and Tansy as we look back at “The Night of the Doctor”, the webisode that shocked and delighted us all!

Have you rewatched this mini-ep recently? If so, what did you think, and how did that compare with how you felt about it in the first place? Drop us a tweet or let us know in the comments!

Extra-special thanks to this week’s editor, Steven Schapansky of Castria!
Support Verity! on Patreon