Episode 232 – The Caves of Androzani-Jerk Reaction 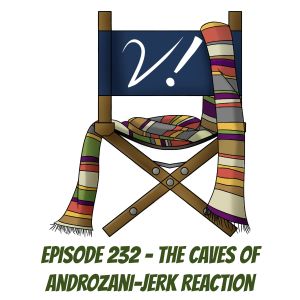 We’re back with another received fan wisdom hindsight check. Join Deb, Erika, and Tansy as we talk about “The Caves of Androzani” and whether it really belongs at the top of all those fan polls. Is it the greatest Doctor Who story of all time? Or is is “a lot of men being unpleasant in the dark”?

Have you watched this story recently? If so, what did you think, and how did that compare with how you felt about it in the first place? Do you agree with its placement in fan polls? Let us know in the comments!

Time for another received fan wisdom hindsight check. Join Deb, Katrina, Liz, and Tansy as they discuss “Timelash” and whether it really belongs at the bottom of all those fan polls.

Have you watched this story recently? If so, what did you think, and how did that compare with how you felt about it in the first place? Do you agree with its placement in fan polls? Let us know in the comments!

Collective happy thing because Liz sneaks it in: “Marco Polo” on vinyl!

Extra-special thanks to our editor, Steven Schapansky of Castria!
Support Verity! on Patreon

Episode 227 – The Eye of the Scorpion King 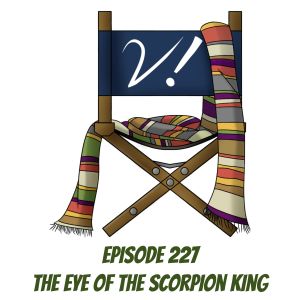 As promised, the Verities dive into Big Finish! Join Deb, Katrina, Lizbeth, and Tansy as they discuss a Doctor Who audio drama, The Eye of the Scorpion.

Have you listened to this story? Did you revisit it for this podcast? Let us know in the comments!

Now that new Doctor Who is done for a while, it’s time to bring back the Extras! And we’re kicking them off in style–with an interview! Deb chatted with Nicola Bryant at LI Who, and she had some interesting things to say, both about Big Finish, and about being a female actor through the years.

Before the interview itself, join Deb, Erika, Liz, and Tansy as we talk about Peri’s evolution throughout the course of her Big Finish appearances. Want to check out Peri in audio form, but don’t know where to start? It will come as no surprise that we have suggestions! (Also favorites!) 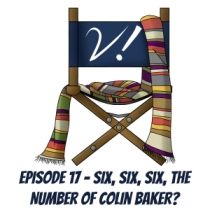 And just like that, we’re back to our 50th anniversary countdown of the Doctors, and it’s the sixth Doctor’s turn! Join Deb, Erika, Kat, and Liz as we discuss the delights (or lack thereof) of Colin Baker’s reign as our favorite Time Lord. Or is the Doctor our favorite Time Lord, now that we’ve seen the Rani? That’s right, we’re talking about “The Mark of the Rani”, which at least one of us thought was the most representative story of the sixth Doctor’s run.

Is old Colin as bad as so many folks say he is? Is Peri? Does the Rani now own Deb thoroughly? Should we have covered “Timelash” instead? We don’t actually agree on most of these things, but boy howdy do we have a good time talking about them!

Also covered:
Erika appears on Nerdology UK and at Westercon 66!
Doctor Who playsets!
Anyone can submit cool stuff to our Verity! Tumblr!
The Doctor Puppet Animated Adventures in Time & Space!
The Verity! cast appears on the season finale of The Oodcast!

Bonus links:
The Rocky and Bullwinkle Show (on Amazon)
Tansy will be on Splendid Chaps
Doctor Who: The Doctors Revisited – The Sixth Doctor